When I first started selling real estate, my mentor gave me a journal and suggested that I write about each of my deals.  She told me that they would all be unique, that every deal had its own bizarre situation, and that I would never remember them all if I didn’t write them down while they were happening.  Almost two decades later, it is advice I wish I had followed, and in the quiet moments I try to recall some of the more interesting ones that I have encountered. 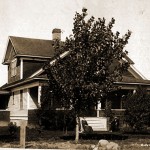 One of my first deals was an old house in Downtown Colorado Springs that had been in the family of Mrs. Seller for many decades.  I represented the Buyer who was anxious to turn this long-neglected home into a thing of beauty.  Mr. Seller had been doing a lot of drinking and gambling and had gotten the family into financial trouble, and it was necessary for them to sell the property.  Somewhere along the way, he had become the sole owner in title on the property, and even Mrs. Seller had no further legal claim on her grandmother’s home.

Unbeknownst to any of us sitting at the closing table, Mrs. Seller was having serious second thoughts about selling her treasured residence, and begged Mr. Seller not to leave and go through with the sale. 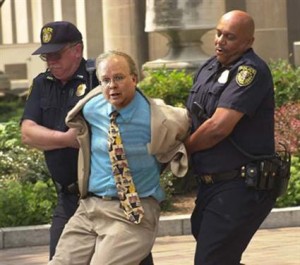 When he arrived, we realized that he had been drinking, and I was having a sidebar discussion with the Closer about whether or not we could proceed with the closing when the police showed up.  Seems that Mr. Seller had settled the argument with his wife about selling the property by beating her severely just prior to leaving for closing. The police, alerted and aware of where he was heading, were not too far behind.

Several weeks later my Buyer closed on the purchase of the property – in the jailhouse – with a sober Seller.  And while I understand that we represent our Clients, I couldn’t help but feel sorry for Mrs. Seller that this course of action had become necessary.