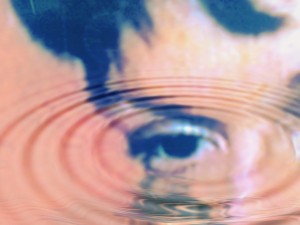 There is often a sense of discouragement and even embarrassment when we think of ‘the ones that got away.’  More than fifteen years after the fact, this one still leaves me shaking my head and wondering if there were any warning signs beforehand.

My business partner (now my husband) and I restored Victorian homes in Downtown Colorado Springs.  I had had my real estate license for a year or two, I was the sole support of five kids, and business was steady.  We had restored and owned and sold or rented eight houses on the block where we lived.  Because of this unique situation of being rehabber, Seller, Realtor, Landlord, etc., everyone knew everyone else, and we were all ‘family.’

One of the neighbors with whom we had done a lot of business was transferred locally but wanted to be closer to work, so I listed their house.  I was working in the yard at one of our other houses when a woman came by who often walked her dog in our neighborhood, and we started up a conversation.  She and her husband loved the area and were constantly walking, looking for houses for sale, and did I know anything about the one across the street?

I gave her my card, she brought her husband back, they loved the house and wanted to make an offer on it.  They did not have a Realtor, they did not want to work with a different Realtor and wanted to use me.  Because of the listing deal I had made with my Seller to give them a substantial discount if there were no other agent involved, the Seller encouraged me to do both sides of the deal.

In Colorado it is possible to represent both sides as a Transaction Broker, a neutral party with no advocacy for either party, which is how we proceeded.  Everyone was happy and content. 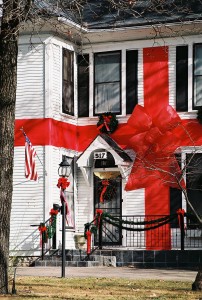 Because it was scheduled to close December 22 and the Seller had three young children, we wrote into the contract that possession would be closing plus ten days, and there was $5,000 in Earnest Money.  At the time, there was a place in our contract that stated “interest rate will be ____% or lower.”  I was working closely with the Lender, and the estimated combined rate for a first and a second was going to be under 8.5%, so I entered 10% into the blank (which was what Buyers said they would be comfortable with), as that would allow enough for adjustments.

Buyers came by almost every day because they were so excited, Sellers were packing and under contract on their new home, and my girls were going to be able to have Christmas ~ everyone was thrilled.  Until December 19, which was Loan Commitment Deadline, when I received a fax from the Buyers that they were backing out of the deal because their interest rate was too high.  Because of some non-disclosures on their application, their interest rate came in at 10%.  I informed the Buyer that the contract allowed for up to 10%, and that if they backed out they would not get their Earnest Money back.

Later that day, Buyer sent me a Request for Release of Earnest Money because his combined interest rate came in at 10.0175! You can only imagine the devastation and the fallout from this whole situation, to say nothing of the fact that the Sellers had to also back out of the purchase of their new home.

Many times I tried to contact the Buyer to find out what had happened, was there something that we could work out, and what REALLY was going on?  They would never answer or return my phone calls. 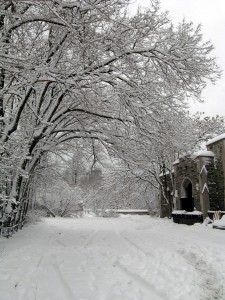 But in a very strange twist to the story, I received a bulletin on a ‘hotline’ that we had at the time thru our MLS to watch out for Mr. and Mrs. Shady Buyer who were pulling this XYZ scam.  Seems that ours was the seventh KNOWN house on which they didn’t close in the previous month.

All these years later, I still don’t understand what could make people behave in such a manner.  I have seen a lot of scams and schemes, but I just can’t understand this one on ANY level.  It doesn’t make ANY sense.  They never gave any indication in any form that they were anything but thrilled and excited to be moving into this home.

I have wondered many times if I could have done something differently, and I always go back to . . . if in their perverted world they were planning on doing this, I don’t think that there was any way to have known prior.  And it wasn’t MUCH solace, but according to the bulletin, there were many others that they had taken advantage of.

But could I have done something differently? I have examined the deal many times in my head, and I don’t think so.  What do you think?