Life in my world is rarely calm. As a wife, mother, grandmother, business owner, aunt, author, Realtor, daughter, chauffeur, friend, neighbor, cousin, reader, consumer, ActiveRainer, you name it, I assure you that reading about Vampires is not a way I would choose to spend ANY free time. 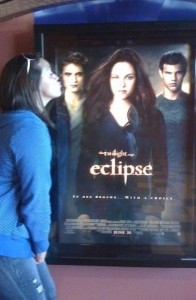 So when my ex-mother-in-law (with whom I was close) passed away a few years ago, four of my girls and my granddaughter and I decided to drive to Kansas for the funeral. The question was, what book on tape were we going to listen to that most or all could agree on? While I fought valiantly against listening to a love story about humans and Vampires and Werewolves, it was five against one, and Twilight it was.

By the time we got to Limon CO (about an hour and a half away), we were all hooked. Gas and bathroom breaks were limited to no more than five minutes so we could listen. Food was purchased at drive-throughs and we sat in the car and ate so that we could listen to the story.

One of the things that I realized was that the story wasn’t really about Vampires and Werewolves . . . it was about love that was eternal, and Vampires was a way to justify that plot. Our bonding came as six irreverent females, locked in the confines of a car for eight hours, listened and fell in love with Edward, made fun of dialog and conversations, discussed what the characters SHOULD have done, and generally had a great time of playful interaction, and most surprisingly, long stretches of SILENCE. 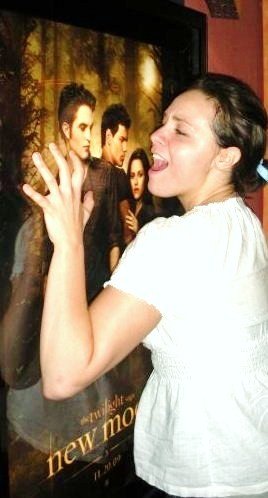 By the time we had arrived back in Colorado, we were half-way thru the second book, and the bond was sealed. So the advent of a new book in the series, or the release of each of the films, has been not a love so much of the books, but continuing a time of sharing and making memories.

Watching the first half of Breaking Dawn last night with my girls and some old and dear friends was another link in the chain of happy memories – and the “camp” that is Edward and Bella. (But come on, you gotta admit, ripping off the headboard on their wedding night was pretty hot . . . just sayin’ )