But MY house hasn’t lost value 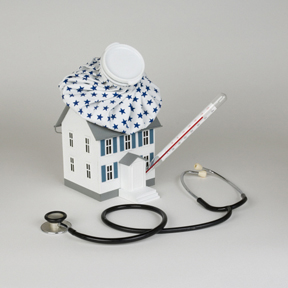 Perception is a funny thing. For those of you who have not been living under a rock for the past few years, you have no doubt heard that the housing market is not as healthy as it once was. It has impacted almost everyone in one form or another, and while it will have its difficulties, it doesn’t appear it will recover too much in the near future.

When we own our own homes, there is often a pride of ownership that makes us possessive of our property, and often we believe our property is ever-so-much better than the Jones’ home just down the street. But I was still surprised recently when speaking with a homeowner who wanted to sell his home, and we were discussing its value, and he insisted that his home was worth $20,000 more than the identical home just down the street that had sold three months previously.

The home down the street was in much better condition, something I tried to gently explain to the prospective Seller. As he politely argued with his perception of my obviously skewed comparable properties, he explained that he had done some updating that had made his home worth more than the others. When I pressed him on what he had done, he explained he had recently put in a new toilet.

2 thoughts on “But MY house hasn’t lost value”