Citadel Crossing to be reborn

Citadel Crossing to be reborn

When I first moved to Colorado Springs in the late 1970s, The Citadel Mall was the exciting place to be.  The only enclosed Mall in town, at the time it was on the eastern edge of the City.  It was anchored by the biggest ‘box stores,’ and any shopping that was needed could all be accomplished in one place. 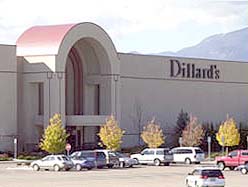 Over the years, there was so much business that stores expanded directly across Academy Boulevard, and in 1988, Citadel Crossing was born.  More of an open-air concept, it quickly became popular with such anchor stores as WalMart, along with Burlington Coat Factory and many other ‘destination’ stores.

But then the late 1980s and 1990s came, and people started moving further north in Colorado Springs, including WalMart.  In 1982, Chapel Hills Mall had opened on the very north end of the City near the Air Force Academy, and over time took much of the business of The Citadel Mall and Citadel Crossing.

By the early part of the 2000s, Citadel Crossing was on its last leg, having lost all of its anchor stores, and the entire area was gasping for survival.  Everyone was now moving to the NEW east side of town along what is known as the Powers Corridor, and City Officials were concerned about what was becoming a deteriorating and troubled area in desperate need of rejuvenation along Academy Boulevard between Maizeland and Drennan, an area that included the languishing Citadel Crossing. 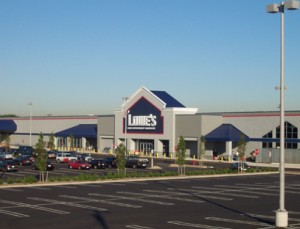 Along comes LOWE’S.  In 2008, Lowe’s purchased a site at the Citadel Crossing for $7.5 million, and projects that it will spend at least $11 million more on the construction of the 121,000 square foot store facilities.  There will also be a 31,000 square foot garden center, giving a much needed boost to the economy, employment, and revamping a dying area.

The City of Colorado Springs, in a bid to encourage the revitalization project, gave Lowe’s substantial tax incentives to get started on construction, and agreed to allow another entrance into the Citadel Crossing from the south end off of Platte Avenue, a right-in, right-out entrance.  Sensing a change of atmosphere, Office Depot relocated not too long ago to Citadel Crossing.

Lowe’s alone expects to employ at least 125 people (75 full time) when the store opens, projected to be in December of 2012.  There will be employment opportunities during the construction process for a total revamping of the area.  Lowe’s projects an estimate of $28 million dollars in sales its first year, and City officials are expecting millions of dollars of generated sales tax revenue during the first five years.  They will also have increased property tax revenues from the businesses that are coming in, and they will get sales tax on the materials that will be used for the building of the new stores and construction materials.

All in all, an incredible economy and employment boost to a dying area.  It should also be a major boon to the housing in the area, which has fallen on hard times in recent years.