As a fifth generation Floridian and a Southern belle to the core, I was taught early on to understand that The War of Northern Aggression was over State’s rights, and not over slavery as those Northerner’s would have you believe. But I had the benefit in my younger years of being raised all over the Country, and my Southern roots got a good dose of moderation and acceptance that my mother and her ancestors did not understand. 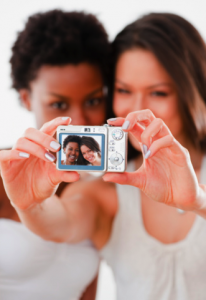 When I was in high school in the late sixties, my best friend was an African-American named Judy Butler. My grandmother’s maiden name was Butler, and when Judy met my grandmother at my home one day, and my grandmother found out that Judy was also from South Carolina, my grandmother said, in her innocent, childlike way of thinking, “I bet my people used to own your people.”  When Judy and I picked ourselves up off of the floor in laughter and in shock, it started an incredible discussion between her and me of thought processes of which I had theretofore been unaware.

When my sister brought home her soon-to-be husband, it surprised no one when my grandmother, who was actually pretty crazy about her soon-to-be grandson-in-law, wrung her hands and explained to my sister that she could never marry him. When we looked at her with questioning disbelief, she explained very seriously, “But, honey, he’s a Yankee!”

At the ripe old age of 58, there are just some things that are a given in my life. My 90-year-old mother lives with me, and there are notions that I understand are a part of her core, that she takes as gospel, and that I understand are generational. I also know that there is no way I could ever change her way of thinking. So it was no surprise to me this morning when my mother said (as she says most Sundays when I drive her to her church and we pass the subdivision where the sign says ‘Charleston Plaza at Union’): “Good grief . . . like Charleston would ever have been part of the Union.”

1 thought on “Ebony and Ivory”