What are we building here?  Is there a point where we begin to wonder what we are doing on Social Media?  I have thought about it a lot lately, and while I know that I would do it differently than the way it is falling into place, I would also not change most of where I am as a result of my Social Media experience. 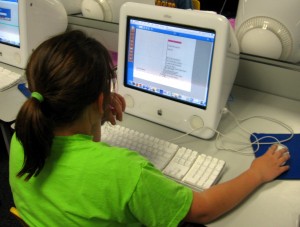 When I started on Twitter and Facebook last year, I was so excited to see some of the people that I was finding that I hadn’t seen in years.  Not only old friends of mine, but also old friends of my kids that used to hang out at our house all the time who were now all grown up with kids of their own.  And THEIR parents with whom I had previously been close.  It was wonderful.

As I got more friends-of-friends-of-friends who wanted to friend me, it became a numbers game.  After little more than a year, not sending out friend requests unless I knew someone, and being just a little selective in whom I friended back, I have somewhere in the vicinity of 1,600 Facebook friends and 700+ LinkedIn friends with little or no effort.

ActiveRain, while a Social Network, was different for me.  There really was a sense of building relationships.  Because initially we were commenting for points, which, in turn, built relationships with people with whom you were like-minded, there seemed to be more of a sense of camaraderie.  After all, we were in the same or compatible businesses.

But this past month or so, I have gotten some pretty bizarre Facebook contacts, and have been questioning if there is anything short of Facebook suicide that I can do to prevent some of the stranger ones.  There is a sense of faux-intimacy that people have when they read your posts.  There is a sense that they really know you when you say something, and by virtue of being your Facebook friend, they somehow seem to feel that they have a right as though they are your REAL friend, and not just someone that you friended because you had 228 mutual friends.

As I approached 1,500 ‘friends,’ I couldn’t help but wonder what my motivation was.  Was I just collecting people now instead of building relationships?  What was the purpose, and was it bringing me any business or any personal fulfillment?  The more I thought about it, the more I realized some unusual truths.

The people outside of my family to whom I am closest I met thru Social Media in one form or another.  That was amazing to me.  My best friends came about as a result of either taking classes on how to USE Social Media, or as people with whom I found I was like-minded and would never have known otherwise than thru Social Media.  I have some amazingly close friends in the real estate world locally that I have gotten to know thru Social Media that I would never have been able to build this kind of relationship with just across a closing table.

My very best friends in my adult life I have gotten to know as a result of Social Media.  ActiveRain has brought some amazing and wonderful people into my life, people with whom I genuinely feel like I have a close and personal relationship. 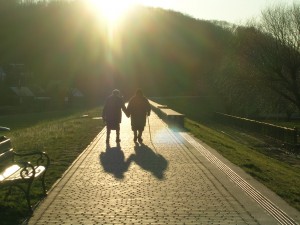 So my final answer is, at this point in my life, that I was building relationships by collecting people.  IN ADDITION, I have gotten quite a bit of business.  Of course some of those relationships are faux – probably the majority of them are.  But the intensity of the ones that I have are real enough to have made it worth my while.  Would I do it again?  Absolutely!  How about you? And what might you have done differently?