Fiddler on the Roof

Home » Fiddler on the Roof 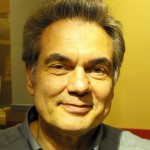 This story was submitted by David K. Feith

When I was younger and not bright enough to be afraid of anything, I bought an old house in downtown Colorado Springs.  It was built around the turn-of-the-century, and it had about 70 years under its belt by the time I got there.

One of the reasons I bought this house was that I loved the idea of an old, custom built home with real wood.  I loved the idea of a one of a kind house that I could renovate without changing the turn-of-the-century flavor.  My dad was a building contractor, and I figured I could handle anything that needed to be done.  I didn’t consider that it might take more time and energy than I had to give to it, given that I worked full time and was a single parent of an autistic four year old boy.

A few years after moving in and having done virtually nothing to the house, I became aware of a roof condition that I affectionately referred to as “arthritis.”  The shingles were as curled and brittle as an old lady’s fingers. The pitch of the roof was steep enough and the underlying layer of wood shingles was still intact enough that I didn’t have any leaks, but something needed to be done.  As fate would have it, that was about the time I was laid off work, and I suddenly had plenty of time on my hands. 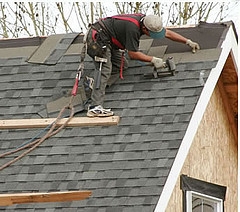 The roofing job was “interesting,” which can mean just about anything. I was in my early thirties and a graduate of the John Wayne School of Do-It-Yourself-By-Yourself (why pay for help if you can just throw more time at it and save the money?).  I had to pull the layer of asphalt shingles off, and in doing that I discovered that the underlying wood shingles were intact enough to keep out rain, but so dry rotted and aged that there was no way to pull the top layer and leave them behind.  This is when I started learning lots of things about my house, and the Domino Effect as it applies to old houses in general, sometimes thought of as Money Pits.

I ended up stripping all of the shingles, only to find out that the roof sheathing under the wood shingles was 1” X 6” boards, with a 4” gap between each row.  That was all that was required to have something to nail the wood shingles to, but the new asphalt shingles wouldn’t bridge the gaps like wood shingles.  (This is the start of that Domino thing.)

While I was there, looking through the roof, it was easy to see why the upstairs was always hot in the summer and cold in the winter.  There was nothing even close to insulation in the attic, and the way the upstairs was built into the roof, I’d never be able to insulate unless I did it before I sealed everything up.

When all was said and done, I had insulated, plywood sheathed, and shingled my roof.  There were still a couple of questions in the back of my mind about that Do-It-Yourself-By-Yourself thing, but in the week and a half that I didn’t have a functional roof, it hadn’t rained a drop.

In that week and a half, I had spent quite a bit of time with a bird’s eye view of my neighborhood.  One of the things I noticed was that my house and the three others between the corner and the alley on my block all had the same basic roof pattern.

There were differences, but the basic pattern was the same.  With that piece of information, I started looking at the houses and realized that they were all the same floor plan.  A couple of them were mirror images of mine, and the roof differences masked them enough that I had never noticed it before, but my “custom built” house was a turn-of-the-century tract home!

I also realized that my flared stucco porch posts were not original, so I removed the stucco on the front porch and found the beautiful but somewhat-weathered original porch railings, which totally changed the look and feel of the home.  A subsequent owner has removed the entire front porch and replaced it with Brazilian redwood, but I was like a kid on Christmas morning when I made this fabulous find.

Over the years, becoming friends with the occupants in the other homes and getting to know these other houses, it was easy to see that they were all the same with just a right-flip or a left-flip and a change of the roofline.  There was a staircase in the middle of the home, and I had always wanted that staircase to open from the Living Room, not just the Dining Room.

After having been in several of the other homes and realizing that they all had Living Room access for the stairs, I went home and started ripping out drywall.  Lo and behold, there was the original doorway with all of its hardware and hinges and original woodwork in beautiful condition, hanging right where it belonged.  It was a grand discovery.

Someone has subsequently updated and modernized that beautiful old home, but I will always enjoy the memory of finding out the uniqueness of my turn-of-the-century tract home.

This story was submitted by David K. Feith

6 thoughts on “Fiddler on the Roof”