When it first happened, I was very excited when a Seller called and told me he had fired his real estate agent and wanted to hire me. Said his house had been on the market for six months and hadn’t sold, and he wanted someone who knew the area. 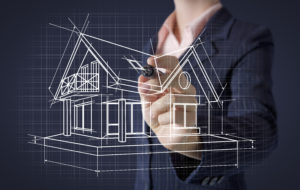 Running a market analysis for him, I found his home was about $25,000 overpriced, and suggested he lower the price before we relisted. He was happy to do it. Within two days, we had a full price offer, and I was the Queen Bee.

The second time it happened, I was able to tell the Seller his house had been underpriced and I thought we could get more for it. Sure enough, within the week, we had an offer.

When it happened the third time, I mentioned it to the other Realtor who brought the Buyer (who was a friend and had been in business for a long time) that it was interesting how, as soon as these Sellers changed Realtors, their house sold. I understood it didn’t have anything to do with me, but I loved the way it made me appear to be the hero.

She looked at me like the newbie I was and asked if I was unfamiliar with the “why” of it? Another truism of real estate was about to pass her lips . . .

You want to be their first love

And their third Realtor

Meaning that by the second or third time around, a Seller starts listening a little more closely.