Five Generations Later, Real Estate is Still in the Blood

Real estate is in my blood. Generations before me were passionate about the trading of land, about building restoration, about the purchase and sale of property. I am proudly carrying on that tradition.

In the mid 1800s in Central Florida, my great-great grandfather, Willoughby Tillis, owned a vast amount of acreage in Ft. Meade. He planted crops and raised cattle, and as the area settled, it became a time of prosperity. Will began purchasing more parcels and constructing dwellings for others in the area, becoming a land trader. When the Civil War broke out and Will became a prisoner-of-war, his ten children carried on his tradition.

My great-grandmother, Caroline Augusta Tillis (“Callie”), was the last surviving girl in the Tillis family. When her father was taken prisoner, Callie was a strong and determined young woman who helped raise her siblings. She continued to work the realty and exchanged buildings as her father had taught her, and prospered their holdings even more. When her father returned from the War, she married John Calhoun Jordan, a Methodist minister, and moved nearby to Palm Harbor, Florida.

As Callie’s seven children grew, she continued to buy and sell acres and acquire property. She had a lot of gumption and a magic touch with real estate, and bartered for tracts to build the JC Jordan Store in an area that had no general store. Every commodity imaginable at the time was sold there – from wheels to clothes to toothpaste. She continued to trade and build. 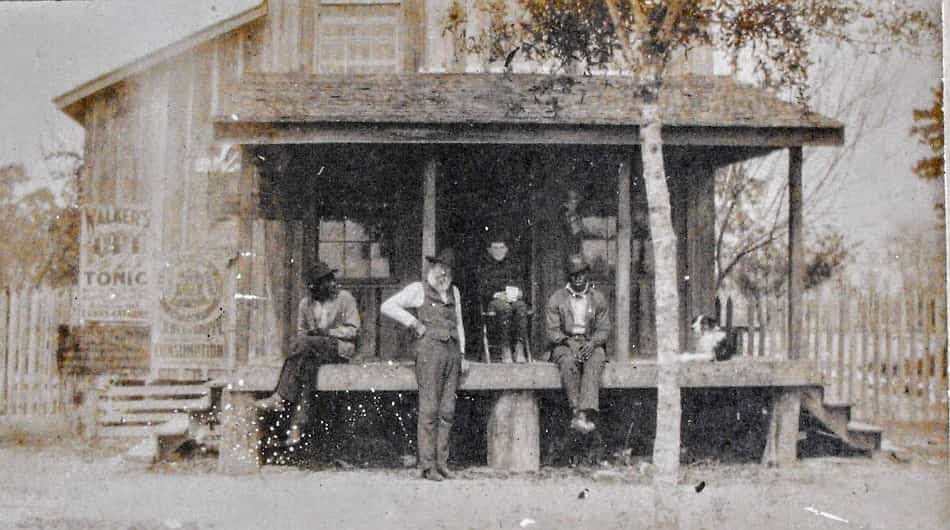 The late 1800s saw a great financial crash, but Callie was able to sustain her family with the land and gold she had acquired over the years. Three of her sons became agents in real estate. She built one of her sons a gas station on a large corner lot on the highway in Palm Harbor in the 1920s. Another son, Walter Dallas Jordan, my grandfather, was responsible for keeping her assets flourishing.

A millionaire prior to the stock market crash of 1929, Walter lost almost everything, but was able to ride it out with the blessing of their resources. When Callie died in 1931, Walter turned her holdings into a thriving real estate empire again. 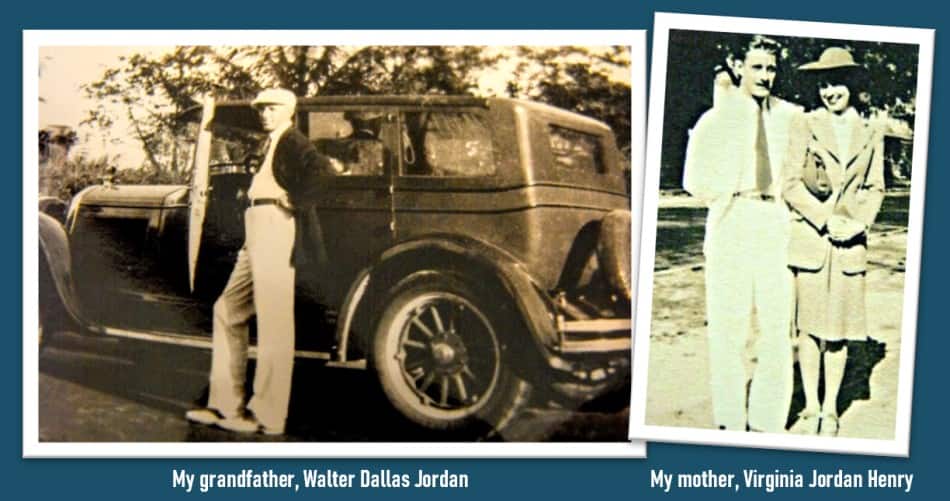 From the age of ten, my mother, Virginia Jordan Henry, worked for her beloved father in his St. Petersburg, Florida real estate office, answering phones, writing ads, and typing contracts. When her four children were raised, Virginia got the real estate itch again and began buying and selling houses in Central Florida.

After I had five daughters, the long-dormant real estate gene in me came out full force. My husband and I began buying and selling Victorian homes in Downtown Colorado Springs. We searched high and low for a Realtor who would understand our excitement for older homes and who would help us achieve our goals.

When we couldn’t find one, it was a natural progression for me to want to do what generations before me had done, and I couldn’t help but wonder why I hadn’t been doing it all along. Real estate was a tradition and a passion, and I obviously passed it along. I now have the honor that two of my daughters are also licensed Realtors in Colorado. (And another daughter is named ‘Callie’ after her great-great grandmother.)

For five years in a row, I have been voted one of Colorado Springs Best Realtors. If you are looking for an Agent who knows the business, I would be honored to talk with you about your specific goals. I specialize in residential home sales in the Colorado Springs region for both Buyers and Sellers, as well as military relocation, selling rental property for out-of-state owners, and vintage homes. Having lived in Colorado for the past five decades, I know the area well. I look forward to hearing from you.