Getting Results from your Open House 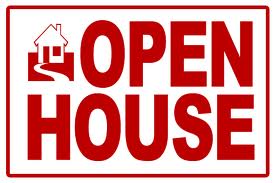 There was a time when, as a Realtor, you would normally hold an Open House as part of taking a Listing. As this system evolved, it became apparent to everyone (except the Seller) that the benefits of Open Houses were mainly for the Listing Agent to pick up Buyers.

Getting ten people thru to view the property that you were spending at least six hours of your weekend to hold Open (putting up signs, printing up flyers, driving there, being there, picking up signs) was generally not benefiting the Seller because it was almost always the neighbors who came who wanted to see what the house looked like, how much they were asking, how it compared to theirs, etc. It became time consuming for no return-on-investment for almost everyone. Statistics stated that less than three percent of homes were purchased as a result of an Open House . . . certainly not a huge drawing point to include in your Listing Presentation to WOW a Seller.

Then I stumbled on two things that have changed the way I think of Open Houses – one is a Broker Open because I believe it is Realtors who sell houses.  But that is not the discussion of today. The other profitable way that I approach Open Houses is with a Tour of Open Houses with five to ten other Realtors who have listings in the neighborhood. We schedule a day and time that we can all have our listing Open. We have a good MLS system of advertising Open Houses, so we generally input it there. Sometimes we will advertise in the local paper, but have really found that that does not increase traffic to our Open House.

What DOES increase the traffic is the amount of Open House signs in a neighborhood, and that each of us has a single-page list of the Open Houses that are part of the Tour that day that we pass out to people who come to our Listing (I enjoy making the flyer so that is something that I volunteer to do, but anyone could do it). We each contribute $10 to $20 (depending on how many Realtors are holding their houses Open – but a minimum of 5) that goes into a drawing.

At each house we sign off on the person’s flyer that they have viewed the house, and we have them fill out a form that just has their name and email address (and phone number if they want to give it) that goes into a bowl for the drawing the following day. The drawing includes such things as a dinner out, $100 worth of lottery tickets, a gift certificate to a local liquor store, something like that.

When I first started doing that I wasn’t sure it would work. But we average 75 to 100 people thru each of our Open Houses. At Christmas time this past year, we did an Open House in conjunction with the Holiday Tour of Bed and Breakfasts, so I held my Bed and Breakfast listing Open simultaneously and we had almost 500 people come thru that day. This will give you an idea of how successful it can be to come up with ideas to join with others to get the public thru to view your listings.

Please don’t hesitate to ask me questions about how this might work for you . . .