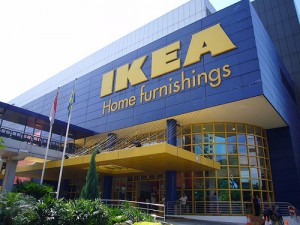 Originally scheduled to open in the Fall of 2011, Sweden’s IKEA Store, the self-proclaimed “world’s leading home furnishing retailer,” is now planning the Grand Opening of their 38th US store on Wednesday, July 27, 2011 at 9:00 AM.  Their first store in Colorado will be in Centennial, a suburb south of Denver. They will be opening this 415,000 square foot store off of I-25 just north of Park Meadows almost three months ahead of schedule.

Crews were able to push the construction because of the mild winter weather, and City officials, excited for this boon to the economy, were willing to rush the permitting process.  Line up at the door begins July 25!!  They will be doing something nice for everyone on opening day, so you don’t have to be the first, second, or even the third customer.

My first IKEA experience was in Southern CA in what appeared to be a perpetually-swaying structure.  Having had a lot of experience with CA earthquakes as a child, it made me very nervous to be there, but my college-aged daughters were absolutely in love with the store.  That generation has been IKEA‘s niche market for many years with their eco-friendly, value-conscious shoppers for their functional and stylish furniture.

With consolidation of families, older generations are realizing the value of this financially-conscious business.  They have lowered their prices 2% to 3% each year in the past decade during the economic downturn in the market.  Because of their space-saving designs (for instance, storage under the bed) they are becoming more and more popular as people are downsizing.

One of the reasons for making the store as large as it will be (second largest in the US) is because they realized that Denver would be a regional draw, and they expect many out-of-state visitors, which will, in addition, help Denver’s economy.  They will employ not only 400 people when they first open their doors, it is anticipated that their business will also help surrounding hotels, restaurants, and retailers.

Arapahoe County has regulations that business signs may not exceed 32′.  At I-25 and County Line Road, IKEA boasts a 92′ sign.  This was one of the concessions that Denver made to get their business, and public meetings were held in the beginning of the ‘wooing’ process.  Since there were no objections, the monolith will stay, beckoning to the massive traffic in that I-25 corridor near the Denver Tech Center and Park Meadows.

While most IKEA stores are built on 20 to 30 acres, this location had only 13.5 acres with which to work, and that presented several challenges.  Part of the solution was to put the 1,500 space parking garage UNDER the store, saving many acres on necessary parking.  They are also noted for their flat packaging that helps them save on the shipping of their merchandise, and makes them not only a “green” business, but it allows them to keep a much larger inventory in a smaller space.

Wanna come and spend the day?  This store will boast a Swedish food, cafeteria-style restaurant that will seat approximately 550 people.  It will also include a Swedish food 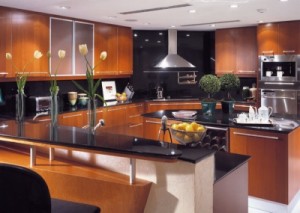 market. Need to bring the kids along?  No problem!  There will be a supervised children’s area so that you may leisurely enjoy your shopping experience.

This particular IKEA store will have three model home interiors.  In addition, it will have fifty room-settings for your inspiration, and over ten thousand items designed exclusively for IKEA.  To say that you will be in for a unique shopping experience is an understatement.

While almost 600 MILLION people visited IKEA stores around the world last year, an additional 450 MILLION people visited their web site.  Their shopping catalog is the world’s most distributed free annual publication.  Obviously they are doing something right.  Constantly finding ways to help the environment, they now have almost 80 ways in which they are making an impact on protecting the environment. Their Never Ending List explains the steps that they have taken so far to make them one of the world’s most environmentally friendly businesses.