Her son had purchased several homes through me. He and a few of his buddies had seen the restorations that my husband and I were doing in Downtown Colorado Springs, and they wanted to try their hand at it. This young man was one of the most charming individuals it had ever been my pleasure to meet, and I was genuinely fond of him.

So when his mother purchased some investment property, we were immediate friends. I was relatively new to the real estate business, and while I was competent, I didn’t have a lot of life-experience yet with clients. I called her one day and told her of a great opportunity, and she immediately came to town and wrote an offer.

We negotiated, got under contract, sailed through inspection, financing was a breeze. We had established a friendly relationship and I was looking forward to spending time with her after the closing. 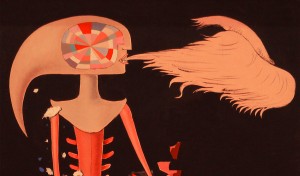 But as we sat down to the closing table, the woman that I thought I knew had not shown up. Her hideous alter-ego was sitting there that morning, and I couldn’t have been more shocked. The sweet and conciliatory comrade was replaced by an aggressive, no-nonsense shrew. She demanded things of the Seller at the closing table that were outrageous, uncalled for, and out-of-line.

For a moment it stunned me. As my shock wore off, I suggested maybe she and I could step outside for a moment and have a private word with each other (I was REELING). She turned on me like a she-monster and made it clear that if she walked out of the closing room, she would never return.

It was a substantial purchase, and the Seller was eager to sell. He, therefore, caved to all of her outrageous demands, and they consummated the deal. I was pushed almost to the point of tears I was so angry. As we left the room, she put her arm around my shoulder and said, “Good job! Lunch is on me.” I was incredulous and furious.

When I could formulate a coherent thought, I asked her what in the world THAT display had been about. She looked surprised and explained that she hadn’t gotten to be the highly successful business person she was by rolling over and accepting whatever came along. It generated a heated debate, and I walked away learning many lessons that day.

Not the least of which was the fact that I never want to be in a position again where I NEED a commission. I am not sure speaking up would have been the best alternative. These experiences make us better agents. But I would have liked a few more years (ergo, a lot more confidence) under my belt before I had faced that particular challenge.

2 thoughts on “Jekyll and Hyde”