Several of my friends are OCD (Obsessive Compulsive Disorder). I understand it, I “get it,” I don’t have it . . . at least for the most part.  But there are certain things that I get intense about, and I enjoy taking the time to make them good. 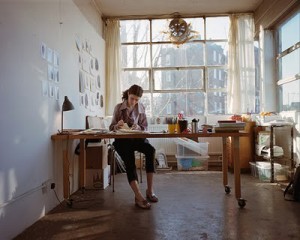 Over 50 years ago, I learned how to knit. It was such a passion, and I learned very early how to put off the inevitable with the phrase, “just one more row.” When I started scrapbooking, my response to being called to take care of the task at hand was, “just one more page.”

I have a daughter getting married this summer in New York City. My girls have been telling me for months they are sharing pictures and ideas and party planning and honeymoon planning and dress planning and make-up planning on this great site called Pinterest. The last thing I need is something else to take up my time, so I strongly resisted. And I’m sure that many of you have been talking about it, but I wasn’t paying attention ~ on purpose.

Catching a cold this past weekend knocked me for a loop, and I have been down for the count. I took a peak at Pinterest since I didn’t have the strength to do anything 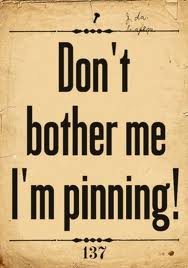 else. Oy, vey. Within the 12 hours that I sniffled and huddled under a blanket by the fire, I populated 25 Boards with almost 500 Pins. I LOVE the sense of organization that I felt when I was done. For me, it works on so many levels, not the least of which are the fantastic ideas and how many teaching pins there are.

So if you have gotten the Pinterest bug, let’s follow each other. I  am DowntownMimi. Two of my favorites I follow so far are Kristine Ginsberg and Cheryl Ritchie. If you haven’t gotten the bug, you’re in for a treat. NOW my expression will be, “just one more pin.”