National Do Not Call Registry – What Good Is It?

National Do Not Call List – What Good Is It?

Is it just me, or have the solicitation calls been coming fast and furious lately? I have every number known to be in my possession on the National Do Not Call Registry, and still they keep calling. 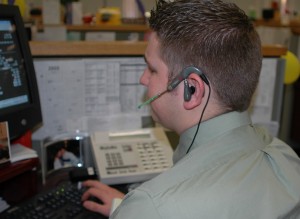 When a solicitor calls me, I tell them that I am on “the list” and to please put me on THEIR Do Not Call List. Then I program that number into my phone. I have one from Google that solicits me to rank higher on their listings. I get at least two per day from them, but there is no way to trace or report it because it is a pre-recorded message.

If it’s a human and I ask for a name, they hang up. Be that as it may, I’m working on it. Just can’t figure out why all of a sudden they are so prevalent. There is also an email going around that your cell phone numbers are going to be released to solicitors this week. That is a SCAM. However, it IS a good idea to get your number put on the list if you haven’t already done so.

You need to call from the number that you want added to the list, and then they legally have 31 days to get you on THEIR list. I’m pretty sick of it. Have YOU found a way to stop them?

5 thoughts on “National Do Not Call Registry – What Good Is It?”