NOT How I Wanted to Start the New Year

As the phone rang insistently at 12:04 a.m., I knew it was NOT how I wanted to start the New Year.  After a very mild season so far, winter had finally hit full-force, the temperature at our house was showing 12 degrees BELOW zero, and the streets were like a skating rink.  Certainly not a night that rational man nor beast wanted to be traveling for any reason.

I had wanted to go to bed early on this frigid New Year’s Eve, but I was waiting, keeping tabs on Facebook of a young friend who had been in labor all day.  About 8:45 p.m., news came that it was time to for her to push, so I held off on going to bed to make sure that mama and baby were fine.

The thought of a baby being born on 1-1-11 was fun, but the reality was that it was too long for a first-time mother who had already been in labor for 24 hours to have to continue.  As midnight approached with no word, my maternal heart was grieving for this young woman.  And then the phone started to ring.

My step-son is Autistic.  At 38, Jason is high-functioning and can live on his own, but it 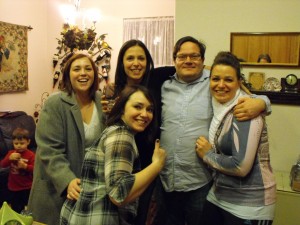 is not in his character to call at midnight to wish us a Happy New Year.  I knew it did not bode well, the insistent shrill ringing of the phone.

The water pipes in his basement had burst in the bitterness of the night, knocking out the electricity. As he spoke with his father on the phone, the almost 1000 square foot basement was filling with water.  I heard Dave say he would be right over (almost 15 miles away), and my heart sank.  Dave insisted that I could not go with him because of the road conditions.  So another period of waiting began (NOT my strong suit). 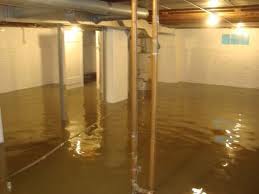 In many ways, this past year has not been a good one.  I was determined that, as much as is in my power, the coming year would not be the same.  As pacing was getting me nowhere fast, I posted something on Facebook, and immediately I had people (at 12:30 in the morning!) with whom to share my burden and to interact.  (Amazing!)  Someone pointed out what a saint my husband is and how much he obviously loves me, and my whole spirit took on a new focus.

He IS the nicest person I have ever known.  He loves me more than even I can imagine or believe at times.  THAT’s what is important as we go in to this New Year.  Not the circumstances that will always plague us as we live our lives day to day, but the beauty of the relationships around us, our health, the love of each other, and the love of our Lord.

I am truly blessed, and it is THAT attitude with which I will approach the shaping of the New Year.  We will spend most of our day at Jason’s today, fixing broken water pipes in a frigid basement with no electricity.  But we have the know-how to do that and the strength to get it done, and we have each other to laugh with, no matter what the circumstance.  So the reality is, it IS how I wanted to start my New Year. 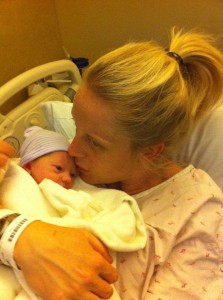 P.S. Mama Noelle is doing fine, as is Baby Lily, who decided to enter the world in a grand way about 1 a.m. on 1-1-11, making her the first baby born in Colorado Springs in 2011! Watch out world!