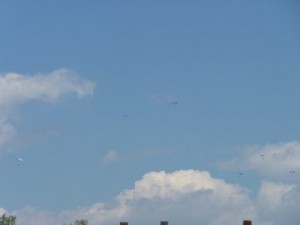 To say that the first year at the Air Force Academy is severe is an understatement.  Body, mind and spirit take a rigorous beating in a manner that most Cadets, most people, have never experienced before.  At the end of the first year, Cadets are given a different kind of opportunity to join in the repetitive AM 490 eight-day jump training program.  Usually one-third of the approximately 1,400 Cadets participate.

Some students have never even previously been on an airplane, and to free-fall on your first jump from an airplane is an amazing, life changing experience.  Cadets must learn to overcome their fears and overcome basic human nature that would have them try to climb back into the airplane for fear of death when falling from an altitude of 4,500 feet into a ten second free fall at 120 miles per hour.  It is one of the most intense character building sources at the Air Force Academy. 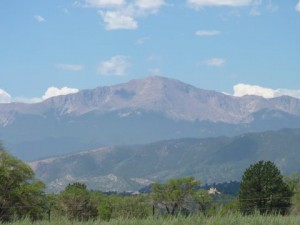 Before they even go up in the plane, there is one solid week of intense, on-the-ground training to make sure that they are prepared for every eventuality once they are in the air.  In the more than thirty years that the air force has been performing these jumps, only one person has died.  Because of the lessons learned in that tragic experience, many parts of the program were changed, including new, sleek, state-of-the art parachutes.

They measure 300 square feet, are multicolored for student identification, are rectangular in shape for more precise control, and have substantially reduced leg and ankle injuries to the Cadets.  There are also steering lines now on the ‘chutes that allow better control on descent and stand-up landings. 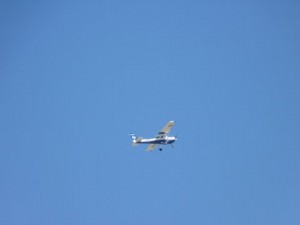 Living in the Northgate area of Colorado Springs, it is a privilege to watch these training exercises daily as these young men and women learn to face challenges that may someday save their lives as they prepare to defend our Country.  The daily drone of the engines of the DeHavilland UV-188 Twin Otters is common fare when you are a half mile from the Air Force Academy.  The Academy was here long before urban sprawl brought homes to their borders.  It has become a soothing sound.

Recently I sat outside to film some of the sights and sounds of the jumps.  If you do not live near the Air Force Academy, there is a scenic overlook or many pull-outs from the Interstate where you can sit and watch their training practices, and also watch the Cadets learn to fly in gliders along the front range of the Rocky Mountains at the base of Pikes Peak.  Whenever I watch them jump, this song goes through my head.  Enjoy the show.