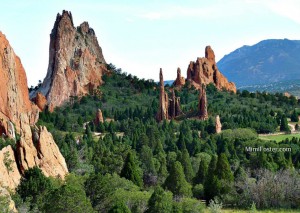 If you would like information about our City, request our Relocation information and we will send you current data to help you get a good overview of our beautiful area.

If you are moving to town and will be looking for a place to live, or if you have found a place to live and now is the time to get packing and moving, here are 42 Timely Tips from a Realtor to Make your Move Easier.

I do not personally deal with Rentals, but if you’re looking to rent, the best time to look for rentals is four to six weeks prior to your move. Generally homes don’t come on the market until a tenant gives their thirty-day notice, so to look before then might be frustrating, as any home you find will, more than likely, be gone by the time you’re ready to rent.

If you’re a home owner looking for a Property Manager in Colorado Springs, we recommend Betsy Madsen with Dorman Real Estate Group. Her number is (719) 213-9100.

As Realtors, we tend to forget the stress of moving households full of furniture, relocating to a new City (often not knowing anyone), and all of the details that are so hard to remember during a move, even if you DO know the City. Here is a list of helpful contacts that you can use when you move to Colorado Springs. Please let me know if you think of ones I might have missed: (All phone numbers in Colorado Springs have an Area Code of 719)

Packing tips: The key to a smooth moving adventure is to make plans and follow a routine as much as possible. One of my favorite sites is FLYLady.com. She has wonderful advice for packing for a move, getting your house ready to sell, or just plain decluttering! I will not try to duplicate, but I encourage you to embrace her easy-to-follow steps to an organized move! FlyLady Moving Tips

School districts and seasons:
Depending on the School District, most schools in Colorado Springs are in session from mid-August until late May, with the standard holidays observed. Great Colorado Springs Schools

Colorado Springs was founded in 1871 by General William Jackson Palmer, a civil engineer, soldier, entrepreneur, and philanthropist. Born a Quaker in 1836 in a small coastal town in Delaware and raised in Philadelphia, he was fascinated with steam locomotion, and eventually studied state-of-the-art railway building in England and France.

When the Civil War broke out, he took a commission with the Union Army and gathered an elite core of men around him, many with whom he had served on the railroads. They became a distinguished contingent. He was captured by the enemy, made up a phony story to keep from being shot as a spy, and after the war was over, he was released and given the rank of Brigadier General. 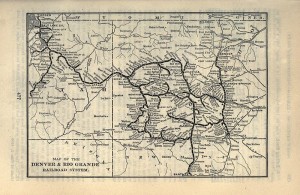 He continued to work on the railroad, and when he disagreed with where he believed the railway should run (his employer wanted to go straight from Kansas City to Denver), he quit his job and started his own railway line.  It was called the Denver and Rio Grande Railway Company, the name reflecting his intent to build a line from Denver all the way to Mexico along the Rio Grande River.  He saw the potential for development of the land just east of Pikes Peak and even bought land for himself to live, where he built his dream home (Glen Eyrie) nestled in the beauty of Garden of the Gods.

His goal was to build a City with a healthy quality of life, and Colorado Springs became a haven for tubercular patients with its dry climate and year-round sunshine. He was a teetotaler, and made strict rules on the manufacturing and distribution of alcohol. He wanted a high-quality of education, plentiful parkland, and modern transportation. He donated rich land to the City for wide streets, Colorado College, the Deaf and Blind School, Penrose Public Library, Palmer Park, and for churches and other places to improve our quality of life. During his lifetime, his land donations in the late 1800s and early 1900s were worth approximately four million dollars.

While on his honeymoon in the British Isles, he saw the narrow gauge railway system, and realized that the narrower tracks would work well for the steep inclines and sharp curves of the Colorado Rockies, so he developed his “Baby Road.” (Most railway tracks were 4 feet 8.5 inches apart – narrow gauge was able to build with only a three foot width.)

A popular, respected, and trust-worthy man, he retired to his beloved Glyn Eyrie in 1900, and refused offers to run for Governor of Colorado. Called “The Man on the Iron Horse,” General Palmer was paralyzed in a riding accident in 1906, and defied and amazed doctors by living several more years, where he eventually died in 1909.

Colorado Springs sits at the base of the mountain that was the inspiration for “America the Beautiful” – Pikes Peak. Located about 60 miles south of Denver in the central eastern part of the State, it is easily accessible from all directions. It is a City that sits at the point between the plains and the foothills.

At 2,158 square miles, El Paso County (of which Colorado Springs is the largest City) is over twice the size of the State of Rhode Island.

While the City of Colorado Springs boasts a population of 414,358, the Metro-area (which includes Manitou Springs, Black Forest, Air Force Academy, Green Mountain Falls, Fountain, etc.), has a population of 626,227.

Because we are protected by the Rocky Mountains on the west and are blessed with Chinooks in the winter, one of our best-kept secrets is our mild climate. People think it is always cold here, and that is just not the case. On average, Colorado Springs has 285 days of sunshine, 17″ of rain per year, and 35″ of snow. People who are not used to it are often amazed that you can have a blizzard one day and it will be warm and sunny the next. It is truly beautiful and moderate.

With an elevation of approximately 6100 feet above sea level, Colorado Springs is situated on a high, flat plain at the base of the Rocky Mountains.

Almost 80% of the population of Colorado Springs is white, with a median age of approximately 34, and a median income of $50,000. Because of the large existence of military bases and Christian organizations, there is a strong core of Conservatism that permeates the Springs, and a large contingent of vocal people who would disagree with that outlook.

With five military installations, the number one economic force in Colorado Springs is the armed forces. That is followed by the high-tech industry and tourism, in that order. The City is currently experiencing growth, primarily in the service sectors.

A thriving Downtown keeps a City alive, and Colorado Springs is blessed with a flourishing Downtown with homes, lofts, shopping, restaurants, and plenty of night life.

Colorado Springs boasts hundreds of activities for the entire family to enjoy – indoor, outdoor, rugged, refined, daytime, nighttime. Here is a selection of some of the most popular Pikes Peak Attractions