Review your bills ~ What’s it costing you?

A friend of mine asked me not too long ago if I was paying attention to how much I spend on the “everyday” bills of which I was not even aware . . . phone, cable, insurance, utilities, etc.  Thinking that I had gotten pretty wise with the overhead, I didn’t imagine it would affect me, but decided to take a look.  I’m not talking about getting rid of, I’m talking about the basics that we pay for, that we don’t know we are paying for, and that we never use.  I was pleased that I looked into it. 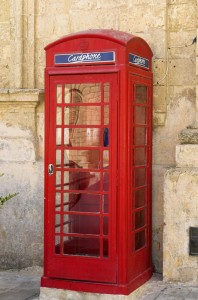 The first eye opener was the cell phone bill.  It’s the same every month. I thought nothing of it, just paid it automatically online when it came due.  But when I called the representative to see if we were using it to its best advantage, she laughed and said that she had seen few people with as many roll-over minutes as I had (almost 80,000!).  With as much time as I spend on the phone (NOT my favorite part of my job!), how was that possible?

Seems AT&T had switched their plan so that ALL phone calls to ALL cell phones were now FREE!  Who knew? I was paying for way too many minutes that I was no longer using, and changing just that one thing is saving me almost $100 per month.

Bottom line, after calling just a handful of regular monthly providers, I cut almost $300 per month off of our fixed monthly outgo, and I’m not nearly done yet.  With a yearly savings of approximately $3,600 SO FAR, it was worth an hour or two of my time.  What’s in YOUR wallet?