It was the summer of my seventeenth year. For the late 60s, I was a pretty sheltered teenager.  I lived in Florida where the common expression about our town was that people retired to Miami and their parents lived in St. Petersburg.  There wasn’t a lot that was exciting for young people in our City except for the draw of the beautiful beaches. 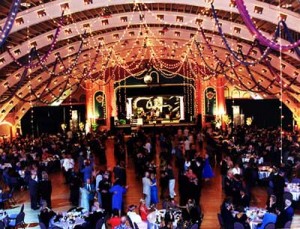 So imagine my dread when my mother told me that she had given permission for her cousin to take me dancing.  DANCING?  With a man my mother’s age?  Oh, dear Lord! And he wanted to take me to The Coliseum?  That was for OLD PEOPLE! I reluctantly agreed, and figured I would make it a night to remember.  I chose some very high heels (at 5’9″, there weren’t many men that would be comfortable with me over 6′).  I chose a luxurious dress that made me feel like a princess.  I even put my long flowing tresses up to complete the picture.

As we arrived at The Coliseum, I was sure I was at least four decades younger than the next youngest person there.  But John cut such a handsome figure, and I was actually quite proud to be with him.  When I shared with him how nervous I was because I had never done this kind of dancing, he smiled sweetly and told me that it would not be a problem.  What mattered was how good the partner was when out on the dance floor, and that he would make me appear to have been dancing all of my life.

As the music started, the evening became magical.  Swirled and twirled and made to 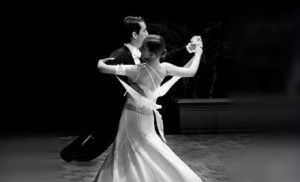 feel the Belle of the Ball on the highly polished oak floor, I was transported to somewhere I had never been before.  We danced a few dances, and then John told me that it was hard for him to keep up with someone so young, and that he would like to introduce me to someone who would continue my dancing instructions.  He started to walk me across the room, and we approached a very tall, very dark and handsome young man, appearing to be a few years older than I.  My heart started skipping beats as John introduced me to his son who, until recently, John hadn’t seen in years.

John Jr. took me in his arms as the next song began, and life as I had known it was over.  We spent hours enraptured and enthralled, and I was in such a state of euphoria that I hardly noticed when the evening was over and they walked me to my front door.  I mentioned that I had never in my life felt like an adult, and John Sr. kindly told me that you get to be an adult when you can act like one, and people in turn will treat you like one.

John Sr. died not too long ago.  I didn’t see him much as I became an adult, but my heart melts as I remember him and the treasure that he gave me one enchanted evening.

2 thoughts on “Some Enchanted Evening”