When I moved in next door to him, he had been a confirmed bachelor for more than 20 years.  Over the years, we became business partners and best friends.  I had a developmentally delayed daughter, he had an autistic son.

There’s not much he can’t do.  As we began rehabbing Victorian homes in Downtown Colorado Springs, he taught me to hang drywall, wire a house, paint, roof, lay flooring, turn a spindle on the lathe, plumb with plastic and copper, fix an engine, fix a furnace, stucco, you name it.

I taught him how to trust.

He and his ex-wife had a son.  When she found out, at the age of one, that their son was autistic, she packed her bags and left.  He was left to raise this infant on his own.  While he was one of the most caring and kind people I had ever met, he dated often, but wanted nothing to do with any kind of emotional entanglement. 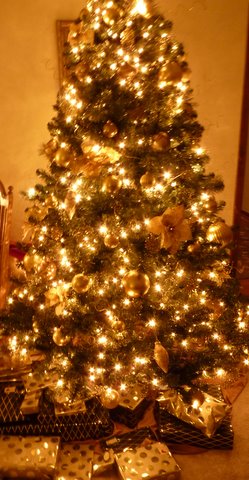 Over the years of being business partners and neighbors, I found that he had a strange quirk ~ he HATED exchanging gifts.  Because of his autistic son who didn’t care what the present was, just that there were a lot of them, gift giving had become such an obligation that he grew to seriously hate it.  I am the consummate giver, so there were many times over the years that it was a friendly battle of gifts, but he usually won.

After being the best of friends for ten years, he realized that, even with five daughters, I was a pretty terrific woman and he didn’t want to lose me.  The confirmed bachelor became a reformed rake and asked me to marry him.

My girls had always adored him, but it made them sad that he wouldn’t give gifts on special occasions.  He made us things all the time with his hands.  A master craftsman, his reasoning was that he gave things all year long, made them toys and furniture, gave them cars, fixed whatever needed fixing (including their broken hearts), but he didn’t want to be obligated to have to give a present because someone told him that that was the day that you had to give a gift.  It was a small price to pay for such a wonderful man. 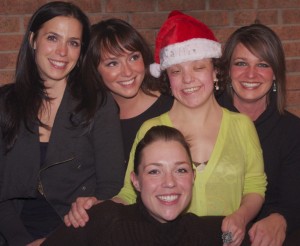 You can only imagine the shock and the thrill that my girls had this Christmas when we were gathered in the family tradition of passing out the gifts from under the tree, and he handed me a wrapped present.  This year there are 18 people in the immediate family, and it is controlled confusion at best, but always joyful.

The room grew quiet as my precious husband handed me his gift and said, “I hope you like it.”  With tears in my eyes, I couldn’t even imagine what would prompt him to break his tradition.  A month earlier we had spent a wonderful day in Nederland, and I had admired a beautiful cashmere cape/wrap/stole in my perfect color (purple) in one of their quaint stores.  Unbeknownst to me, he had taken the shop owner’s card to call her and have her ship it.

After trying to reach her for two weeks with no answer, he told me he was going to help a friend work on his car.  Feeling horrible that he had lied to me, he called one of my daughters as he left our house and told her where he was going in case something happened to him.  He drove the three hours up to Nederland to get me the wrap that I had so admired. 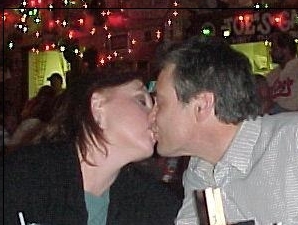 While I was overwhelmed with the gift, it is not at all what is important in this story.  It is the heart and the love of a man who broke his own tradition to show me, once again, how very much he loves me.  Are you going out of YOUR way to say I love you to the special someone in your life? To your children? To your parents?  There is no way to outgive when it comes to love.