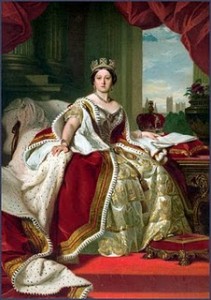 Many people believe that Victorian Homes are a particular architectural style. It is more correctly identified, however, as any home built during a period in history from 1837 until 1901 when Queen Victoria reigned in England.

There are dozens of types and styles of Victorian Homes: American Foursquare, Queen Anne, Italianate, Folk Victorian, Georgian, Gothic Revival, and Stick-Eastlake are just a few of the designs that became popular during the Victorian era.

The Industrial Revolution changed the way that homes were built. Because siding could now be mass-produced, it became more affordable. In addition to the standard clap-board siding, builders could now use other easily-obtainable siding for their homes. Square cedar shingles, ragged mitre-cut shingles, and half-cove pattern shingles were some that became popular on Victorian Homes. More often than not, many different cuts were used on the same house, adding to the ‘cluttered’ element that was so popular during the Victorian era.

With the advent of pattern books, builders were able to borrow a piece from one blueprint, add a different piece from another blueprint, and the most popular Victorian designs were able to spread quickly. Often Victorian Homes were a conglomerate of different characteristics, but homes built during this period generally have at least one pattern from the above styles.  Many of them integrate bits and pieces of several designs giving them the appearance of a custom-style home.

We look at Victorian homes as unique, but often they were ‘tract homes’ at the turn of the Century. Builders would use the same floor plan when establishing a neighborhood of homes, reverse the floor plan (flip it) from one home to the next, and then change an architectural detail on the outside so that each house appeared unique, but they were often just ‘cookie-cutter homes.’

Because so many Victorian Homes were built without a kitchen or a bath, you will often find several additions to the original structure that eventually housed these rooms. Large stoves were used to heat water for baths and washing dishes.