Village Seven is located in the EAST section of the Colorado Springs MLS.  A subdivision that was designed and built with seven separate ‘villages’ in mind, it was a concept that was a brain-child of the 1960s and 1970s.  It is generally considered bordered on the South by Constitution, on the East by Powers, on the West by Academy, and on the North by Barnes. 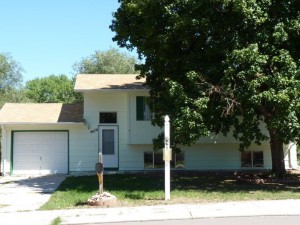 Most of the homes in this area were built in the 1960s and 1970s and are classic bi-level, tri-level, and four-level homes.  Homes generally run $200,000 and under, except for the larger four-level homes ‘higher’ up the hill.

The ‘typical’ Village Seven home has three or four bedrooms, two baths, and a one-car garage.  They are often noted for their large lots, and it is a family-friendly area with schools, parks, churches, hospital, and grocery stores within walking distance.

During the summer of 2011, an average of 21 homes per month were sold.  With 131 listings currently, there are 6 ¼ months of inventory in this end-of-summer market.