In 1856 in central Florida, the Seminole Indians were attacking farms, stealing cattle, and killing horses. My great-great grandfather was a wealthy land owner in Fort Meade, and was engaged in building, farming, and raising cattle about two miles south of the Fort. A time of settling but unrest, Willoughby Tillis and his family were surrounded and attacked during a full moon on June 14, 1856.

Some in the family were injured but not seriously, fourteen horses were killed, and a mule injured. At the end of a very long battle, soldiers from the Fort showed up and the Seminoles scattered. Being warned not to leave in pursuit because there were too many of them, the Lieutenant in charge ignored the pleadings of my forebearer and proceeded to track them. Four of his soldiers were killed that day. 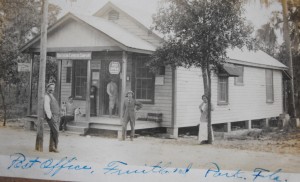 Over the next few years as the land settled and the farm was prosperous with crops and cattle, Will started purchasing land and building buildings for others in the area, and he became a land trader. With ten children and many farm hands, it was a time of prosperity for the Tillis’. When the Civil War broke out and Will became a prisoner-of-war, his children carried on his tradition.

Six years old at the time of the Seminole attacks, my great-grandmother, Caroline Augusta Tillis (“Callie”), was the last surviving girl in the Tillis family and had grown into a strong and determined young woman by the time of the Civil War. She helped raise her siblings and worked the land and traded buildings in the tradition of her father. After her father returned from the War, she married John Calhoun Jordan, a Methodist minister, and they moved not too far away to Palm Harbor, Florida.

Callie had seven children and a lot of gumption. While she raised her children, she continued to trade in land and acquire property. Needing more than just the income of a 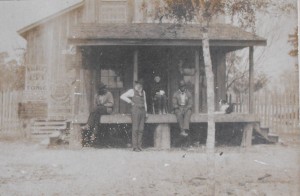 minister in a small town, Callie had a magic touch with real estate. She would trade or swap for land, and built the JCJordan Store in an area that had no general store. They sold every commodity imaginable at the time, from wheels to tires to toothpaste to clothes to groceries. While John ran the JCJordan Store, Callie lead her children by example and built five houses on a large parcel of grove land that she owned, rented them out for income, and continued to trade and build.

With the financial crash of the late 1800s, Callie had acquired a lot of property and a lot of gold, and was able to sustain her family for many years. Three of her sons were agents in real estate. She owned a large corner lot on the highway and built her son Wesleyan a gas station in Palm Harbor in the 1920s. Another son, Walter Dallas, my grandfather, was 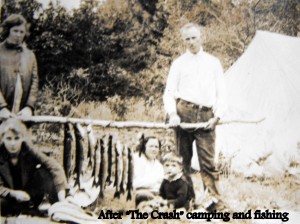 heavily involved in the day-to-day operations of buying and selling real estate, and keeping her properties thriving.

A real estate agent for many years, Walter was a millionaire prior to the stock market crash in 1929. While he lost almost everything during The Crash, he still owned a lot of land, and was able to withstand much better than most. After Callie’s death in 1931, he took over the management of her properties, and turned them into a thriving real estate empire again. 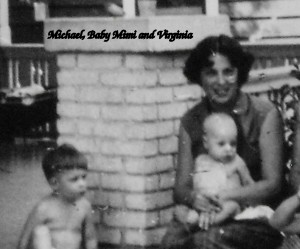 From the time she was ten years old, my mother, Virginia Jordan Henry, worked for her beloved father in his real estate office, answering phones, writing ads, and typing contracts. By the time she had raised her four children, Virginia got the real estate itch again, and she and her son Michael (my brother) bought and rehabbed and sold homes throughout the 1970s and 1980s.

In early 1991, my husband and I started buying Victorian houses in our neighborhood, primarily to get rid of the rowdy college boys that made every night a futile attempt at sleeping. We searched high and low for a Realtor who understood our passion for older homes, and who understood what our goals and dreams were. We finally found one that we thought was attuned to our plans, but when it was clear he wasn’t, and we realized we had paid him $57,000 that year in commission, we came to the realization that there had to be a better way. 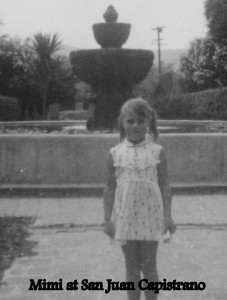 It was a natural thing for me to want to do what generations before me had done, and it was actually a strange revelation that I hadn’t been doing it all along. My husband and I talked many times about how I wanted to be the kind of real estate agent we had looked for before I became one. I wanted to be someone who really cared about the people involved and not just the commission; someone who would listen to what Clients were looking for and not take them on futile trips chasing homes they would never want.

If the testimonials of people with whom I work are to be believed, I have achieved that goal over the years. I have five daughters, the youngest who is named Caroline (“Callie”) after her great-great grandmother. My oldest daughter and fourth daughter are both real estate professionals, one of whom has found her passion in Property Management (say WHAT?), and the other who works as my very capable assistant. It is a family tradition that is definitely in our blood, and it’s the only job I want to do when I grow up. 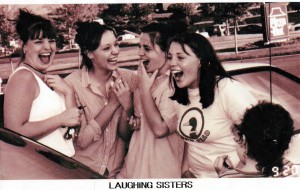