Why I got my real estate license

Home » Why I got my real estate license

Why I got my real estate license

My husband and I spent many years restoring Victorian homes in Downtown Colorado Springs near Colorado College. Homes that had been neglected and unloved for many years by the college students who rented them and didn’t understand the treasure of hundred-year-old houses. 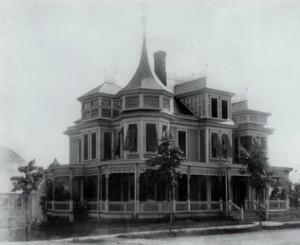 Looking back, I wish that I could find a handful of clients like me. Dave and I would walk our neighborhood in the evenings, find homes that might come available, call our Realtor and tell him which house we wanted to offer on (that generally was not yet listed), and tell him we had negotiated with the Seller. Our Realtor would often get the Listing and subsequent sale to the Seller, and he charged more than most Realtors I had ever met.  Cush job, right? One we’d all like to have.

On one such occasion, we had remodeled a beautiful Queen Anne Victorian. We called our Agent and told him it would be ready in about two weeks, and that he could start marketing it. We had always assumed that he was OUR agent because we had never even heard the phrase Transaction Broker. Within the week we had received four offers (ahh, remember those days?). The offer we accepted was specifically because we negotiated that there would be no other updating other than what we had already planned. It was a great deal for the Buyer, and everyone was happy.

The Buyers would come each day (prior to closing) and they found it soothing to strip the century of paint build-up from the gorgeous stair rails. Underneath was the most beautiful mahogany railing, and we figured that no matter what happened, they were improving the property and they were so excited about it. Every day as Mrs. Buyer (a communications professor) was working on the railing, she would say things to my husband like, “Do you think it would be possible to put cabinets in the kitchen that look like this?” He would respond and tell her it would be expensive but possible. Or she might ask if he thought it would be possible to put French doors out to the patio, and he would respond by telling her she could have the sliders replaced with French doors.

Over the next few weeks, those items were delivered to the property. My husband and I were still pretty laid-back about those kinds of things, and we didn’t mind them storing them in the garage. But imagine our surprise, one week prior to closing, when Mrs. Buyer informed us she and her husband were going on a brief vacation and we needed to have all the cabinets and French doors, new extended deck, etc., installed prior to closing. EXCUSE ME?

A frantic call to the Realtor, a review of the contract, a meeting in the front yard of the property with the Buyers, and the Realtor saying, “I don’t see why you can’t do these things for them. You still have a week.” I believe I actually saw red. We explained one last time that we accepted their offer over all the others because they said, in writing, that they would ask us to do no other projects beyond those already planned. Then Mrs. Buyer said, “But Dave said they could be done.” I explained that while they CAN be done, WE were not going to be the ones doing them.

Our Realtor was very unhappy with us. We let the Buyers walk away from the deal. We paid our Realtor $57,000 that year on several deals. He sold their house, represented them on the purchase of a different home, but he never made another penny from us. I enrolled in real estate school immediately. Necessity is the mother of invention.